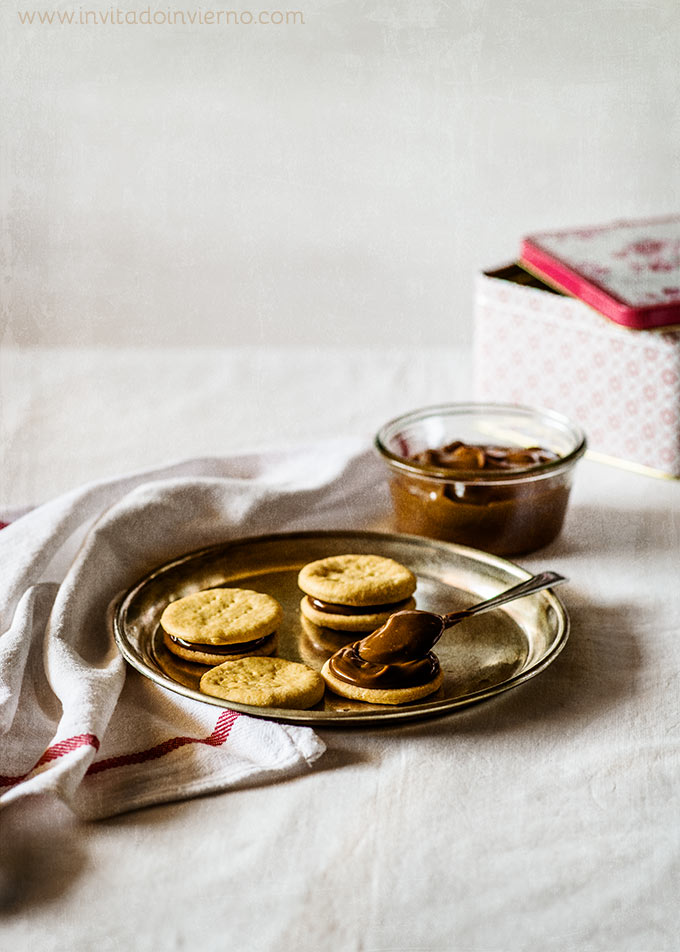 Be advised that Chilean alfajores have their own particularities. They’ve found their way into this unusual article at El Invitado de Invierno, because it not only includes a recipe, but also a film review and an interview with its director, Maite Alberdi. Three for the price of one.

Chilean alfajores differ from the Argentinian ones, more known in Spain, in that the cookies (known as hojarascas in Chile) are lighter, similar to crackers, and sugar-free. They’re cut thinner and as baking powder is used, they expand in the oven and end up having a somewhat flaky texture. But thery’re equally filled with gooey dulce de leche (or manjar, as for the Chilean goes).

How come I’ve prepared Chilean alfajores? It happens that I was recently reached by the guys at PBS, who asked me if I was interested in watching a Chilean documentary called Tea Time, and in preparing some typical Chilean sweet. I of course jumped to the occasion: what a great excuse for preparing alfajores, ahem. Seize the day.

The documentary focuses on a group of elderly ladies, old school friends that have been gathering for tea once a month for the past 60 years. These ladies always gather around a wonderfully served tea table, just like any Spanish abuela would serve, with its china, its trays brimming with sweets and tarts and a wealth of doilies. While having tea they talk rather shamelessly about present and past.

You can watch the documentary at this link from 28th July to 26th August. I strongly recommend it because it is charming and touching. And whatever the case it is a good excuse to try your hand at Chilean alfajores. It is very beautifully filmed as if the camera was one of those ladies that see the end of their world and their life with an appealing humor. And always, undoubtedly, enjoying the time spent together after so many years of tea times.

I leave you to the alfajores now: 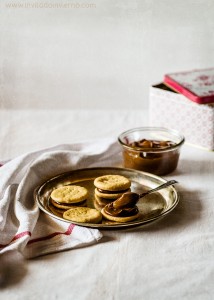 Let me introduce you to Maite Alberdi, director of Tea Time and grandaughter of one of the protagonists:

How did you think of filming your grandmother and friends’ monthly gatherings? What drew your attention to them?

Did you have any movie as inspiration? Who are your favorite directors?

I love how naturally serious matters like death or infidelity are discussed among the friends; at a certain moment they are posed the question if they’d prefer to widowed before knowing about their husbands infidelity, only while quitely nibbling sandwiches with an innocent air… Do you think women talk about matters that men never even mention when they’re together?

When I watched the documentary I thought that those grandmothers with their worries, stories and even prejudices where entirely understandable in Spain, do you think the common history between Spain and Chile has something to do with it or that the documentary can be understood anywhere?

Is it real everything that happens? Did María Teresa really die during the shooting? Her farewell letter is really moving.

How did you manage for the camera to act as one member more of the group of friends, completely immersed in the group?

Being that this blog is a foodie and recipe blog, I would like to take advantage of that and ask you what kind of sweet dishes or recipes can never be missed in a Chilean tea?

And to finish with the culinary questions, which one is the Chilean savory dish that can’t be missed when in Chile? 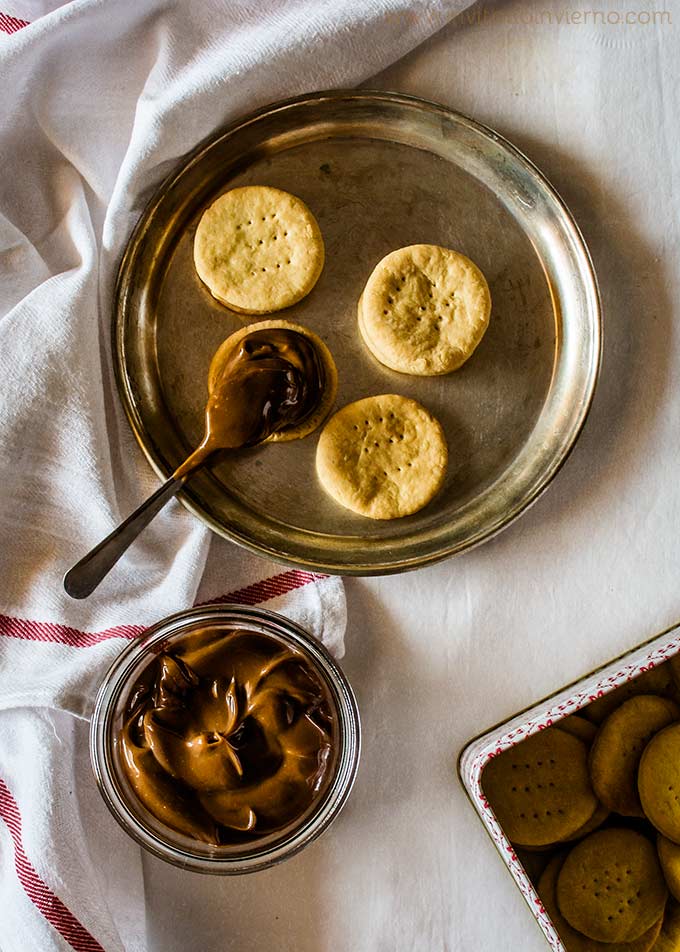 I don’t know if Chileans will approve these alfajores as I believe they’ve come out a bit too thick. But please bear with me, as it’s the first time I’ve made alfajores chilenos…

These delicious cookies are a breeze to make and they’re a great counterpoint to the gooey dulce de leche of the filling; being sugar-free, thin and light the resulting sandwiched cookies are not cloying. Nor do they require a long baking time therefore they can be prepared even in the middle of the summer. Give Chilean alfajores a try and get a taste of Chile. You won’t regret it.