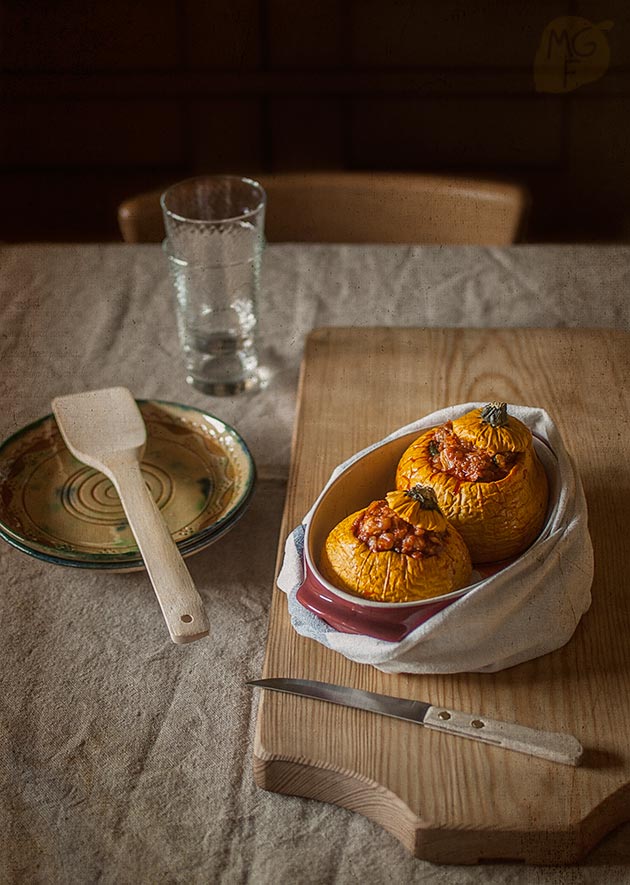 When I saw them at my greengrocer’s, so round and orange, so beauuutiful… I could not leave them there, poor things. They were looking at me with their little zucchini eyes and what can I say? I had to find something to do with them. It was not difficult, the inspiration came to me from one of my favorite books, by Basque Michelin-starred chef Martin Berasategui. So I thought that stuffing them with cod ajoarriero was a brilliant idea. Because a stuffing can’t get much more delicious than cod ajoarriero, with its onion, red peppers and cod.

Ajoarriero is a classic dense dish prepared in northern Spain and, like all classic dishes, it has lots of variations, although most usually it carries garlic (of course, as the name suggests, as ajo means garlic), a kind of dried red peppers used for making chorizo called choriceros, tomatoes, cod and often potatoes. Berasategui’s ajoarriero doesn’t carry potato. My zucchini (or so they told me at my greengrocer’s, shame on them) were squash in disguise, so I had to add another zucchini, as the meat I got wasn’t enough. 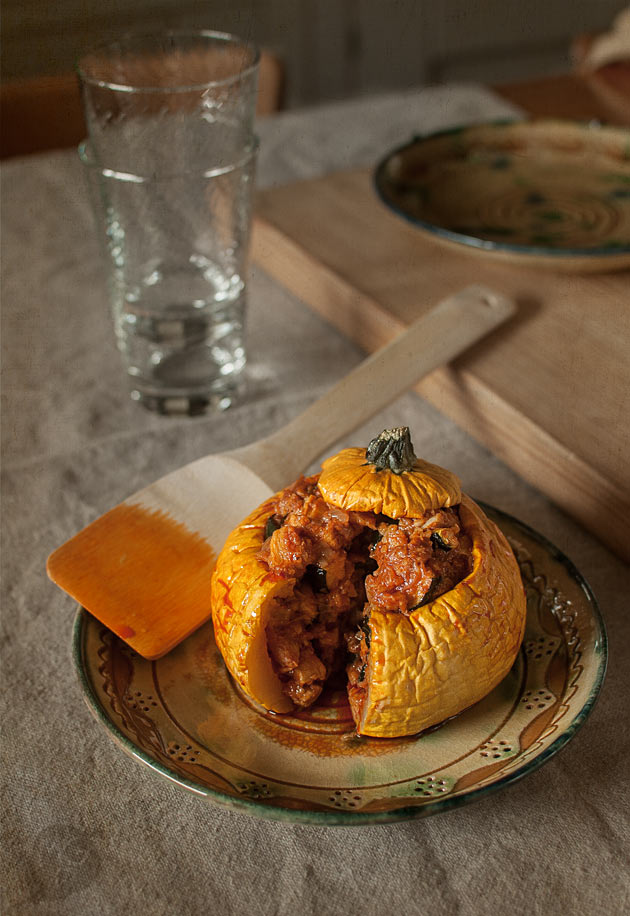 If you’d rather not use the ajoarriero to stuff anything, just put it on a nice slice of country bread, and it will also be delicious.