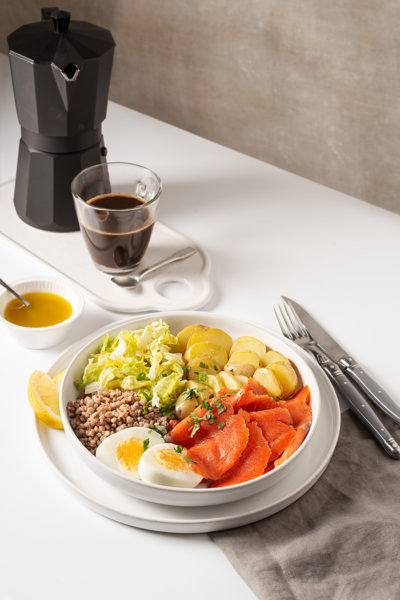 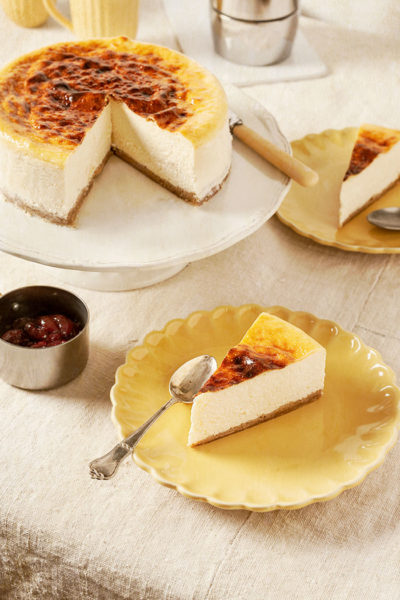 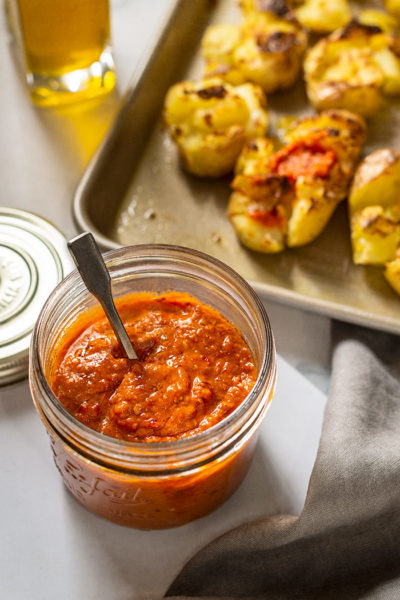 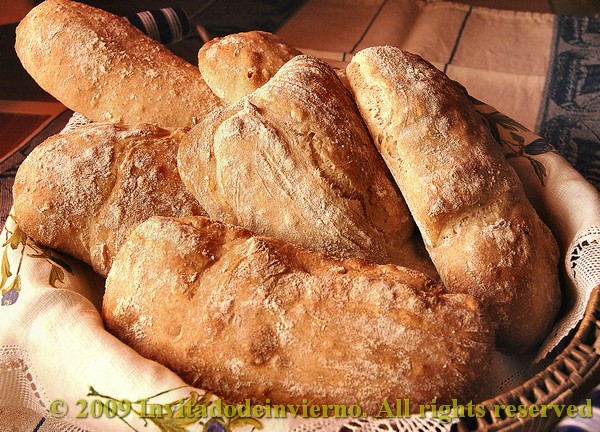 This is Peter Reinhart’s recipe for pain a l’ancienne, from his book The Bread Baker’s Apprentice. It’s a very easy bread because it hardly needs any kneading and it only ferments once. The fermentation is retarded by mixing all the dry ingredients with ice-cold water. This time I used spelt for the bread, as I always do lately. The dough is tremendously soft, like that of ciabatta, so that’s what I made: small beautiful ciabattas. Take into account that you have to start this the day before, as the dough needs to rest overnight in the fridge.

I’m especially fond of spelt. This is what La Espelta y la Sal, Spanish spelt producers located in Sigüenza say about it:

Spelt is a primitive wheat variety, whose properties are well known and appreciated since the days of old. In Europe, it is mainly cultivated in Germany, France, Switzerland, Austria and also in some areas of Spain, (…) Spelt is rich in magnesium, phosphorus, iron and vitamins A, B and C. By consuming it on a daily basis the levels of cholesterol and triglycerides can be lowered, and it also controls metabolism, especially the sugar metabolism. It carries a higher amount of essential aminoacids than normal soft wheat and it also has a higher vitamin and mineral content. It is worth noting the presence of silicic acid, which enhances brain activity and assists in skin and hair care. Spelt has also a high gluten content, making it therefore very convenient for baking. In Central Europe it is considered to be a gourmet’s grain; in France it is known as the caviar among cereals. Its flavor vaguely reminds of walnuts.

Well, this is the producer’s word and I guess they have to be positive about spelt. But anyway, I’ve already read about it in several places where it is said that spelt is indeed more nutritious than white wheat, and that it’s been abandoned because of the yield, which is higher for white wheat, and disregarding quality. In any case, the essential thing for me is that the flour is organic and that it retains the germ, that part of the grain that keeps most of the nutrients and beneficial substances. «Industrial» flour lacks the germ, because the milling process eliminates it; it’s like if you ate eggs without the yolk. And this lack of nutrients is compensated by adding vitamins, among other additives. If you want to know more about this, check In defense of food, by Michael Pollan.

Leave the ice-cubes to melt. Weigh the flour, put it in a large bowl, crumb the yeast on top of the flour and mix. Add the salt and then the water. Mix thoroughly and knead 5 minutes by machine or 8 by hand. There’s no need for the gluten to develop. Then oil a large bowl, put the dough ball in, cover with plastic and leave in the fridge overnight. The next day take the dough out of the fridge. It will be expanded, but not doubled. Leave to temper at room temperature and let it double, as long as needed. When the dough has doubled in bulk, tip it on a very well floured counter as it is a very soft dough. Turn on the oven in the meantime, up to 290 ºC according to Reinhart, but my oven is not that good… Stretch the dough forming a rectangle and taking care not to degas it too much. Prepare 2 sheets of parchment paper on 2 baking trays. Thoroughly sprinkle them with semolina.

Then cut strips of the dough, around 10-8 centimeters wide, depending on the kind of bread you want to make. You can leave them as thin strips for baguettes or fold them in 3 as ciabattas, like I did. Transfer the strips to the parchment paper. Sprinkle the surface of the breads with flour for that super-rustic-wrinkled-ciabatta look. When the oven is at full heat, transfer the paper with the breads on onto the baking stone if you have one. If you don’t, you can bake the bread straight on the baking sheets, no problem. Spray water on the oven walls and close the oven door immediately. Repeat this 3 times at 30 seconds intervals. Then lower the temperature to 250 ºC… I wish I could. My oven temperature was not that high. My oven had one of those days… full of personality. Bake for half an hour or until the bread has an internal temperature of 95 ºC (if you have a roast-beef thermometer). The bread turned out delicious. Spelt has less gluten than common wheat and the crumb doesn’t show the same picturesque holes. But I like spelt a lot. I was born that way. I never get a super crispy crust in my oven, unless I make sourdough bread inside my Dutch oven. I guess too low a temperature is the reason. I encourage you to try this bread. It requires hardly any serious effort and the result is excellent. The cold water and the fridge do most of the job. Perfect for beginner bakers.

I’m sending this bread to Susan for YeastSpotting. 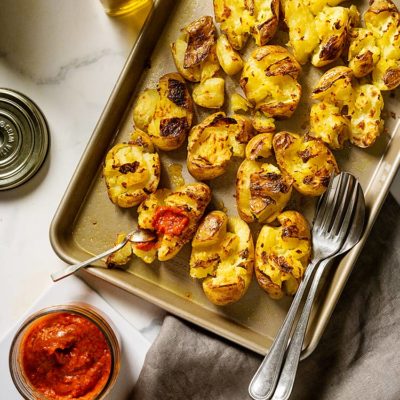 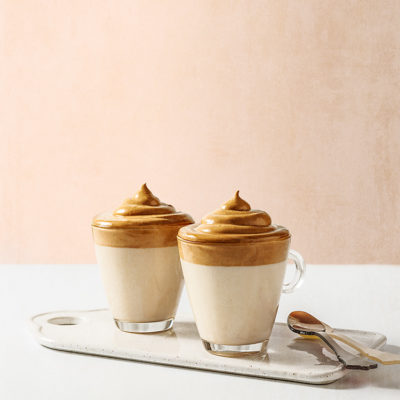 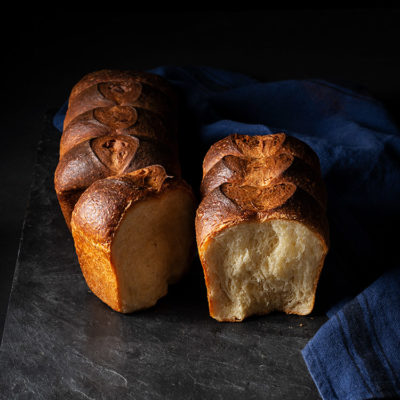