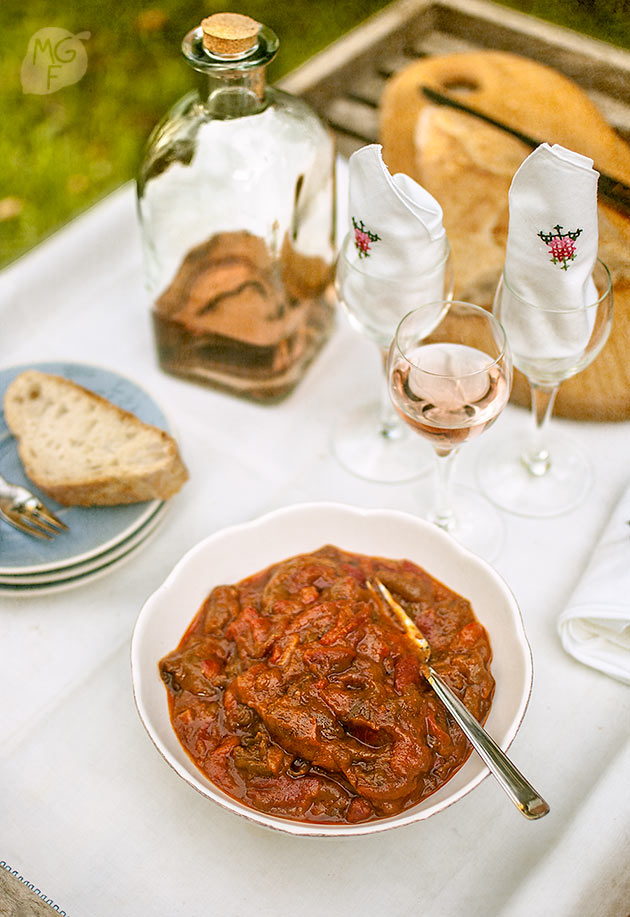 So here I am, after the summer hiatus. Trying to survive the end of the warm weather and longing for the cooler air of autumn. And making a lot of salads. This bell pepper and tomato salad is a Sephardic recipe, that is, made by the Jews who were expelled from Spain in 1492 and that spread and settled all over the Mediterranean region, where they jealously preserved their culture, from a book by Ana Bensadón. This recipe must have been developed after the discovery of the New World, of course, as tomatoes and peppers are not originally from Europe. I love Sephardic recipes, because they resemble Spanish recipes so much, but always have something truly unique and original. This recipe is indeed very similar to a recipe from the region of La Mancha, asadillo de pimientos, a mixture of roasted red bell peppers in tomato sauce, only this time the peppers are swimming in literally oceans of tomato sauce. Delicious. 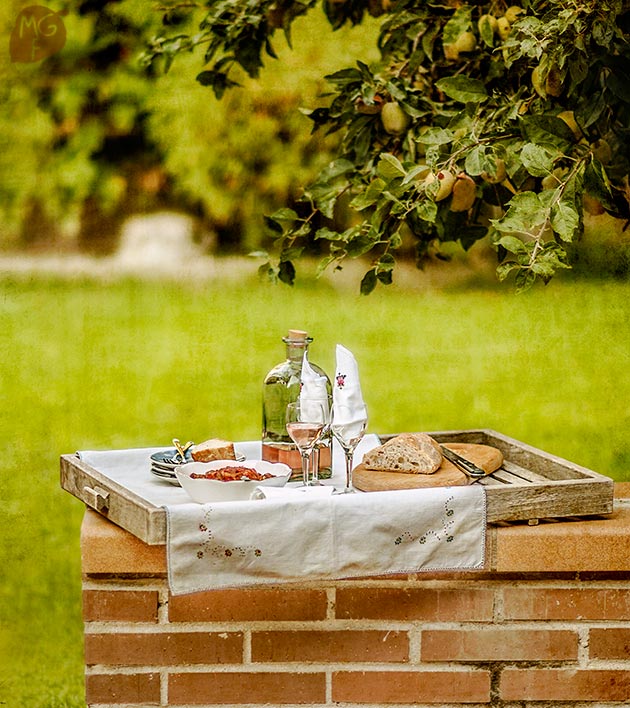 Enjoy with some good Spanish wine and country bread. Perfect when eaten al fresco in a warm Spanish plateau evening… don’t you think?