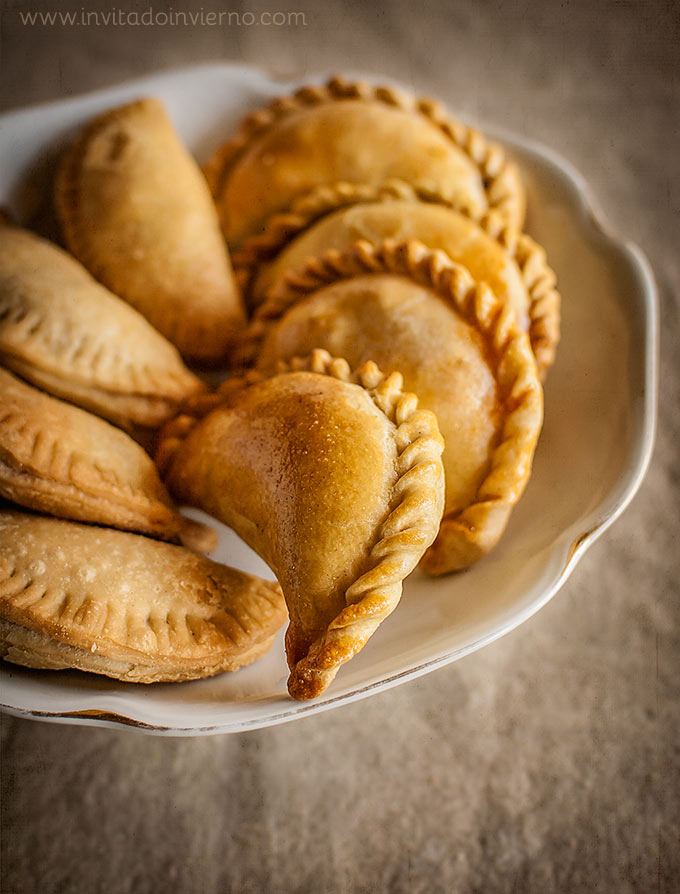 Empanadillas (meaning little empanadas) are patties stuffed with different fillings that are very popular around the country of Spain. Traditionally the dough was homemade, prepared by mothers and grandmothers… Making the dough at home may seem a little discouring at first, but although there are very decent versions of store-bought empanadilla doughs, they don’t stand the comparison with a good freshly made homemade dough. So today we’re making homemade tuna empanadillas with homemade dough and all. Let’s get it over with.

Being that many of us have stand mixers and similar appliances in our kitchen, making a homemade empanadilla dough is no longer as time-consuming as it was to our mothers and grandmothers. I still remember how sometimes I helped my mother to cut dough into rounds when I was little.

This dough is primarily made of a weight of liquid (water, wine or milk), the same weight of fat (olive oil, lard or melted butter) and as much flour as it can absorb. Some people prefer to use a smaller proportion of fat or to substitute an egg for some of the liquid and fat.

Empanadillas are traditionally fried in olive oil but if you find this a bit high on the calories side, you can always brush them with egg and bake them in the oven. They’re equally good. 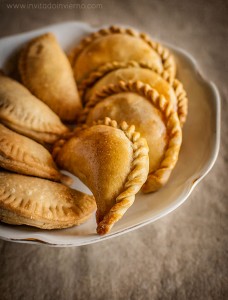 Imprimir
Preparación
30 min
Cocinado
30 min
Total
1 hora
Typical homemade patties filled with a traditional filling of tuna fish, hard-boiled egg and olives
Autor: Miriam García
Tipo de receta: Starter
Cocina: Spanish
Raciones: 12
Ingredientes
Empanadilla dough
Tuna filling
Further
Instrucciones
Dough
Tuna stuffing **
Assembling the empanadillas
Notas
* Some people prefer the pickled tuna instead of the one preserved in oil.
** To lighten the task of making the empanadillas I advise you make the filling the day before. It is quick and it keeps well in an airtight container in the fridge.
Wordpress Recipe Plugin by EasyRecipe
3.2.2646 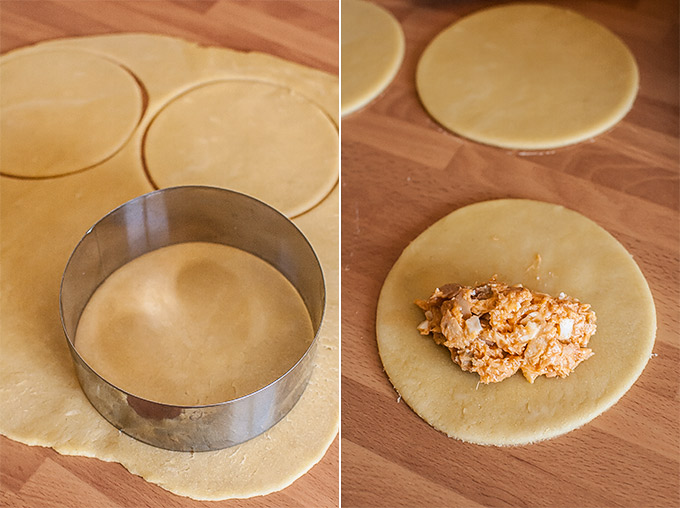 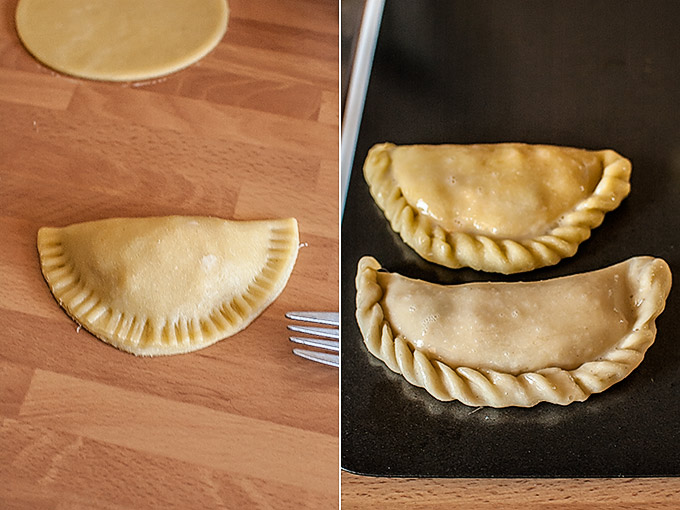 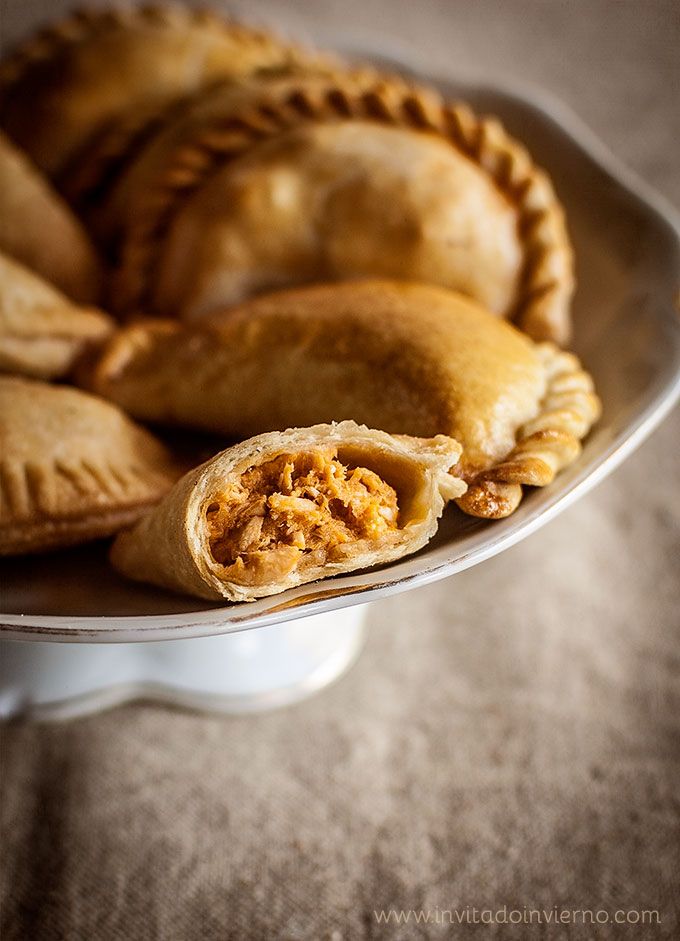 I love traditional regional Spanish cooking, the more the older I get. Going back to my roots.