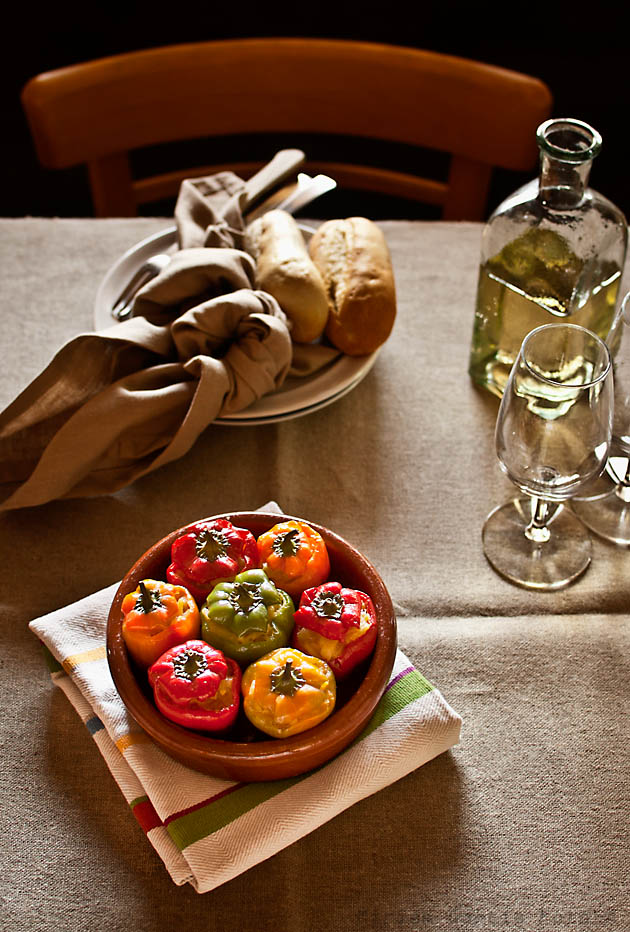 Fine, now that you already know how to prepare a good Spanish tortilla we can move on and put that knowledge to good use on a different tapa, on some cute stuffed mini peppers with Spanish tortilla. This is a relatively recent twist on the Spanish tortilla with green peppers, where instead of adding the sliced and stir-fried peppers to the tortilla mixture and then concocting a regular tortilla, you make it totally the other way around: peppers outside, tortilla inside. Real fun. And yummy too. 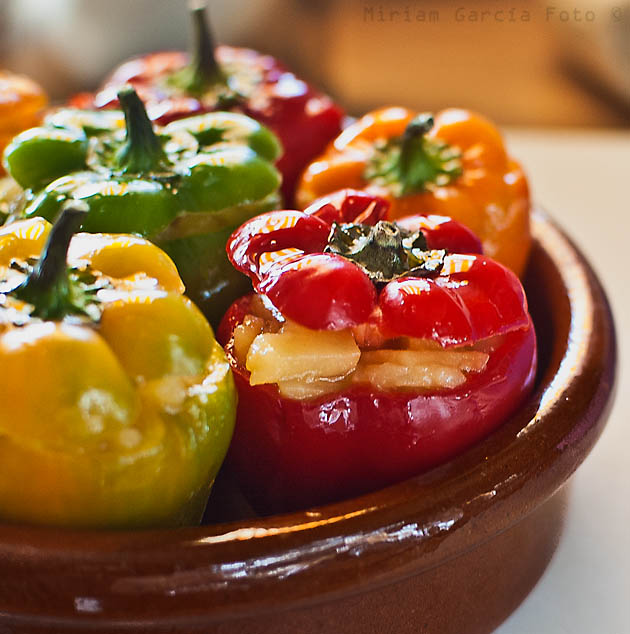 If you use an earthenware little cazuela like mine, the dish will look utterly Spanish. Diced chorizo can be added to the tortilla mixture too, to give the stuffing some more spiciness. This kind of stuffed pepper dish is rarely prepared with hot peppers, but feel free to use jalapeños, for example. What I love about these type of stuffed pepper is that you can prepare them in advance only to bake them in the oven in the last minute. Mind my words: you’ll love them. 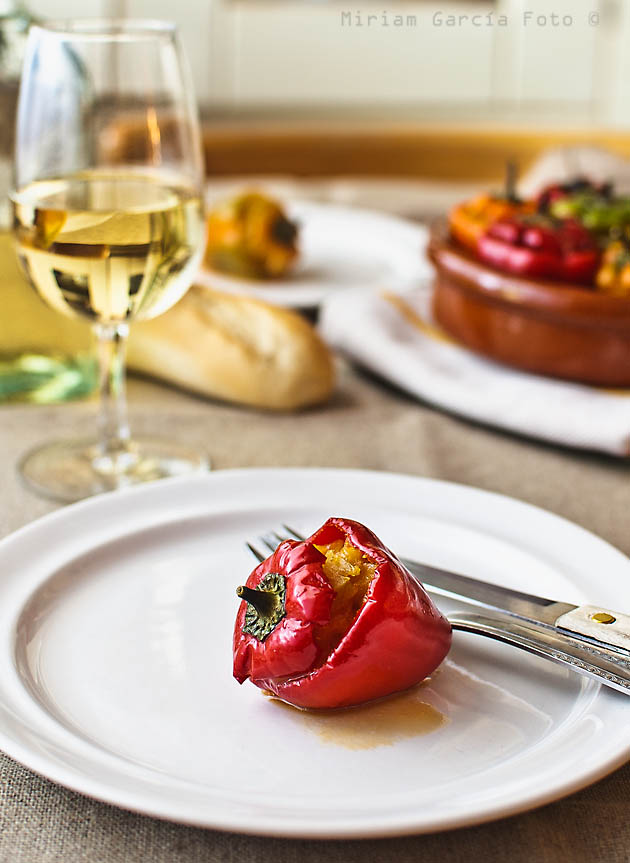