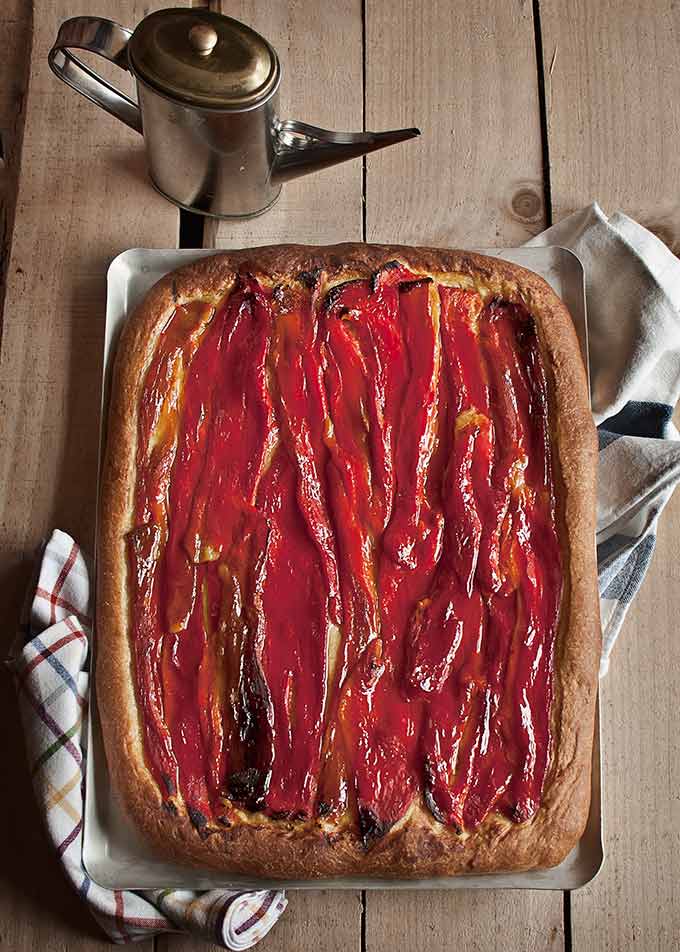 Coca is the generic name for a family of yeasted doughs or flat breads, quite enriched with fat and eggs, typical of the Mediterranean coast, Catalonia, the Balearic Islands, Andorra and even areas of Aragon. As Wikipedia tells us, the word coca comes from the same root as the English cake and the German kuchen… go figure. Although Mr. Colman Andrews, in his wonderful book Catalan Cuisine, says otherwise and gives us some clues about coca: «Coca is more or less the Catalan pizza, a flat base that admits a wide variety of fillings, whether sweet or not. […] The word itself derives, it seems, from the Latin coquere, cooking, and is used not only in Catalonia but also in the old Occitan language of the neighboring Toulouse and its surroundings. […] Savory cocas differ from pizzas not only in their usual shape, but in that they hardly ever carry cheese and herbs as a garnish, plus it is traditional to serve them at room temperature.» I especially like savory cocas because of that, because unlike pizza they are also delicious cold, like this roasted pepper coca.

The dough of savory cocas usually takes massive amounts of olive oil or lard. Well, this recipe of Mallorcan Coca carries both by the bushel. It is inspired in a dough of a Mallorcan cookbook which also attracted my attention because it includes orange juice among its ingredients. Vitamin C in the juice, i.e. ascorbic acid, is a bread improver known since ancient times, that reinforces the toughness and elasticity of gluten and I suppose in the case of such a fatty dough such as this it helps the gluten not fall apart completely. But it’s only a guess, as I would need to try this same recipe with water instead of juice. I will soon. 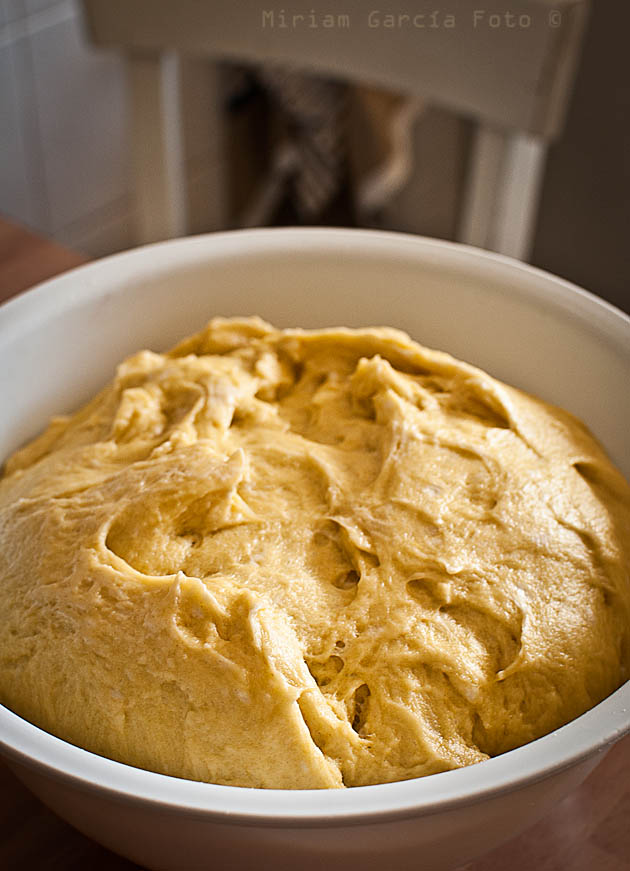 You can also shape the dough in two elongated-oval pieces. Either way this Mallorcan coca is equally delicious. I love when I have leftover coca, and with these amounts and unless you have guests, it’s pretty sure. So I can eat it for breakfast… That’s what I call luxury. 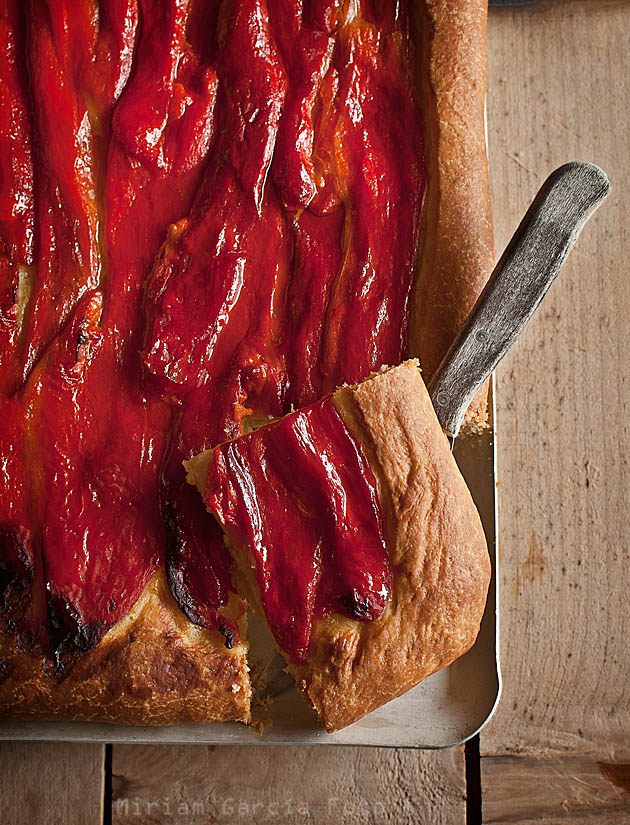