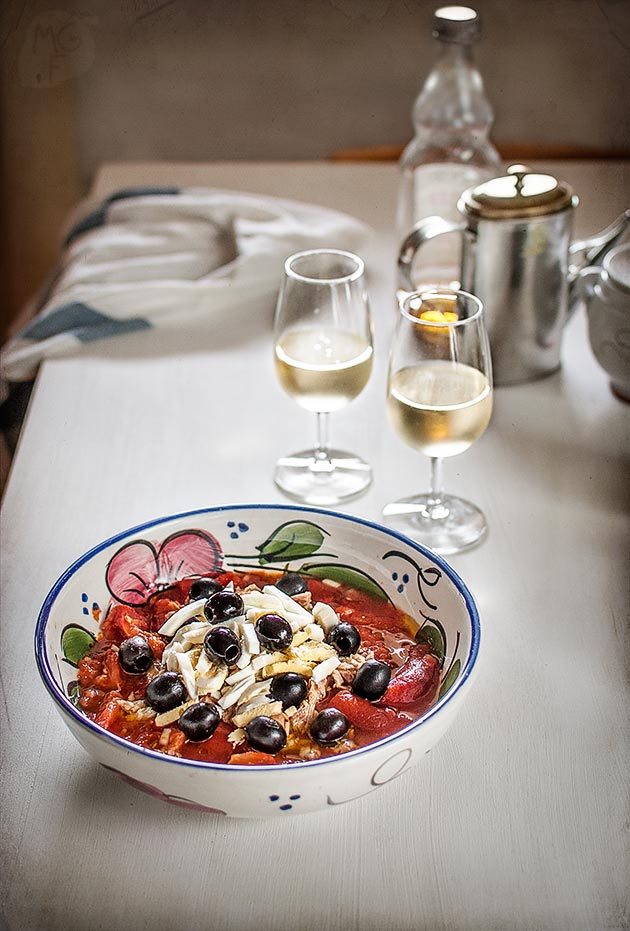 Murcia is a region by the Mediterranean, on the south east corner of Spain, well known for its wonderful and plentiful vegetable produce. Therefore it is an area where salad recipes abound. This mojete huertano, meaning something like orchard dip, is a very juicy salad made with char-grilled or scalded fresh tomatoes, onion, canned tuna fish, hard-boiled egg and black olives.

This salad is most often made using canned peeled tomatoes, which are rather popular in Spain. But being that I had some wonderful farmer tomatoes, I decided to follow Mrs. Claudia Roden advice and char their skin in the oven. 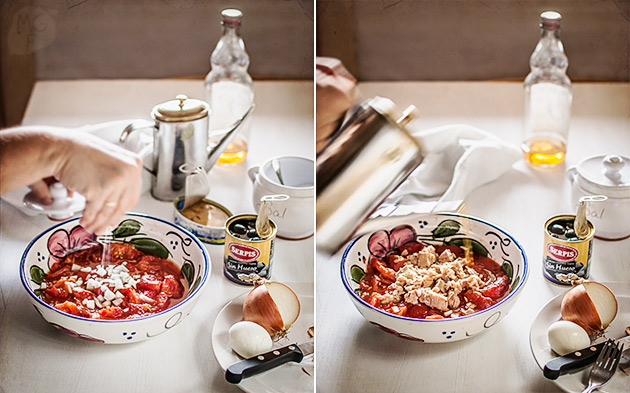 This Murcia style salad-dip supports more variations, some people add fresh fish, some capers… I prefer mine simple like this recipe, I’m not very fond of salads with a gazillion ingredients. And dipping bread in the tomatoes juice is a must. I encourage you to make this salad before the real cold starts, while you still have time to catch some good tomatoes to make it.