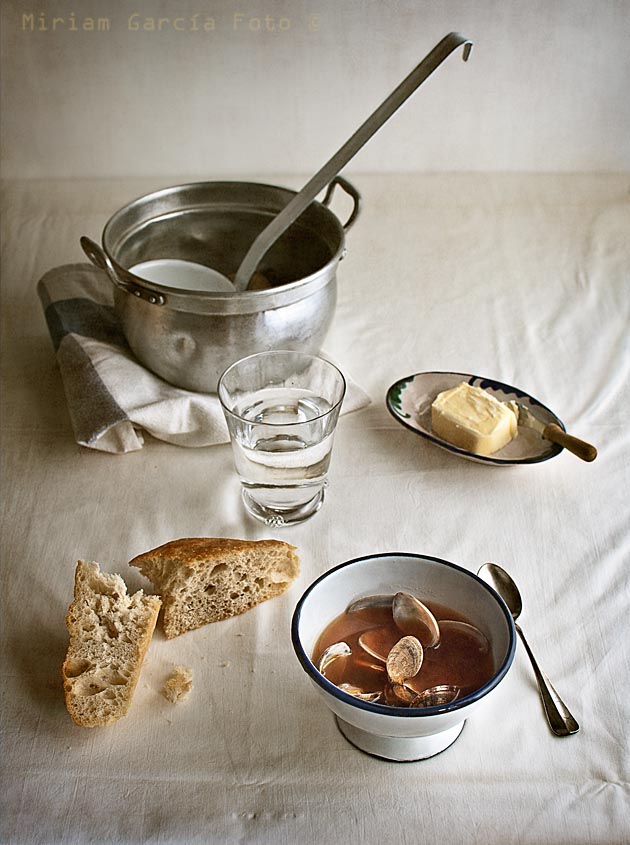 This seaweed and clam broth from the Game of Thrones cookbook is delightfully marine and tasty. In Spain we are not used to eating seaweed and so some people may find it bit… gross. But we do eat barnacles, for example, which are also neither attractive nor pleasing… They are the ugliest thing. And once cooked seaweed’s appearance or texture is not worse than those of turnip greens or chard. Their intense sea flavor will certainly surprise some, although fans of Japanese cuisine, where seaweed are used extensively, already know that.

I’m a big fan of Game of Thrones and this recipe comes from Feast of Ice and Fire, the cookbook based on the books writtten by these girls. Unless you like medieval fantasies you should refrain from watching the show, just a friendly advice, but my family loves it and while we wait for the next season to air (next month!), we entertain with this soup. Frugal, simple, but with an impressive sea flavor…

When he woke the day was bright and windy.  Aeron broke his fast on a broth of clams and seaweed cooked above a driftwood fire. 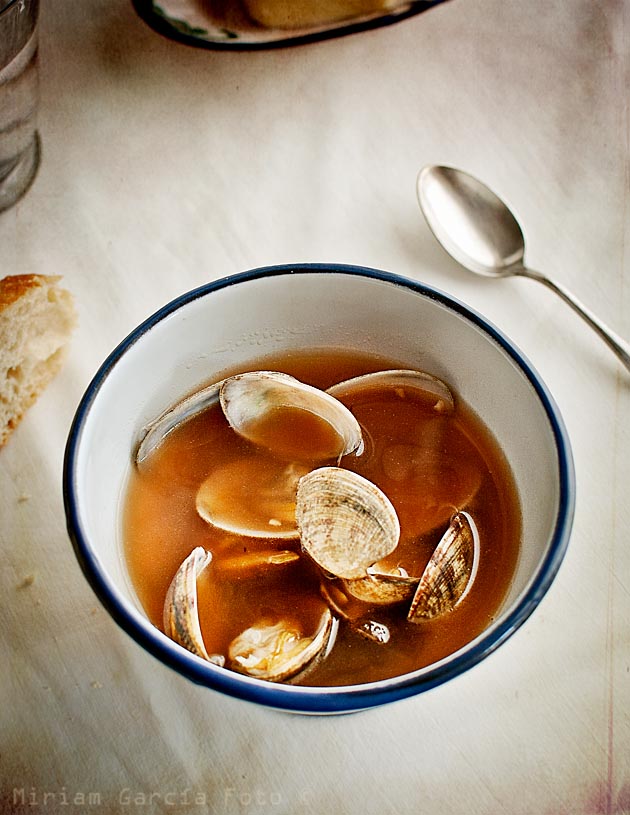 Game of Thrones broth of clams and seaweed

I increased slightly the amount of seaweed and clams, because I found the ones in the book, let’s say, not generous enough for me… Better too much than too little. At least as long as we can. No need to add salt because the seaweed and clam juices provide all necessary. And if you don’t fancy the idea of eating cooked seaweed you can always strain the broth and serve it with the clams only because it is also delicious. 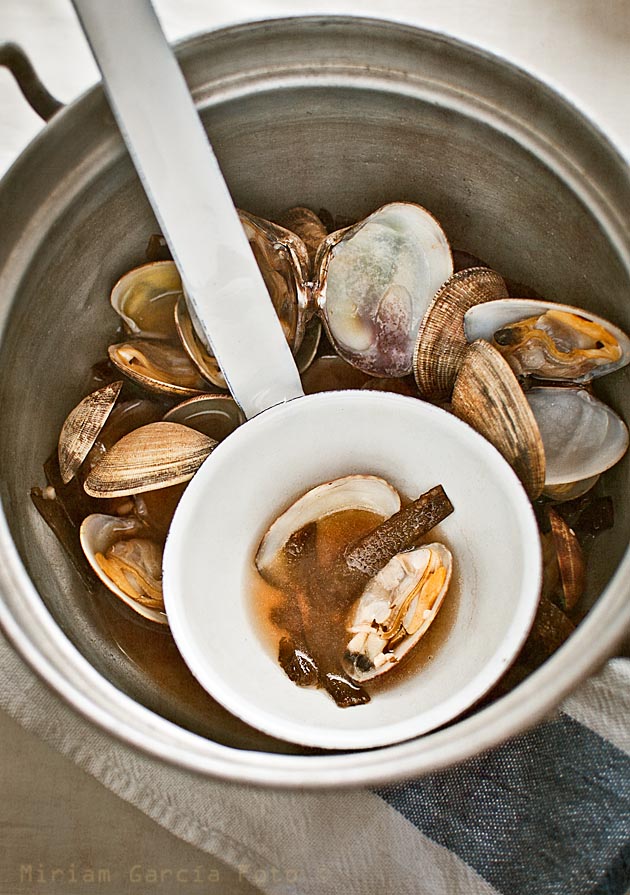 Eat your broth with a slice of bread in one hand and a spoon in the other. And a dagger close by.